Happy March 6th!
To celebrate the autonomous day of action called for by the insurrectionary collective Full Stop Affinity, we paid a visit to the HQ of Scottish Power in Glasgow. In an attempt to stop their greenwashing, we added black to the facade of their HQ: anarchist and ecological symbols and slogans.

Why Scottish Power? Scottish Power, and their parent company Iberdrola, are trying to greenwash their role in global and local environmental destruction by sponsoring COP26, the summit of fools that will take place in our city in November.

We do not forgive the irreversible environmental damage you have caused, and are still causing. There is no such thing as ‘Green Energy’, no matter how many pledges you sign, nor how much you pay for ‘ecological’ summits. We also do not forget your constant, and still ongoing, attempts to scam common people by creating debt out of thin air, nor your catastrophic ‘service’, leaving people freezing and hungry. In a worldwide pandemic, Scottish Power somehow manages to keep being one of the most predatory capitalist organisations around.

We hope you enjoyed our little redecoration. Our actions (and our graffiti skills) can only get better.
WE ARE NATURE DEFENDING ITSELF – TOTAL LIBERATION NOW 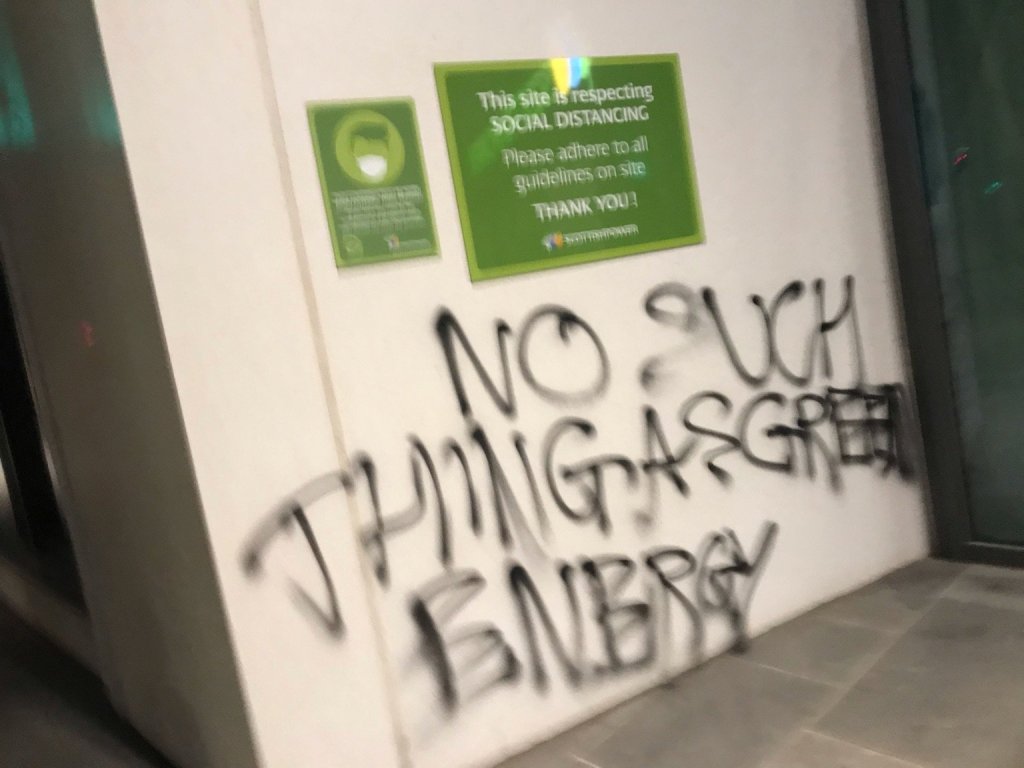