Solidarity with the Colston Statue Topplers 4 Defendants face their 1st date in Court on charges of criminal damage, for their alleged involvement of the toppling of the 125 year old statue of Edward Colston, whilst a huge Black Lives Matter protest  was taking place in Bristol on the 7th June 2020. Hundreds of protesters

END_OF_DOCUMENT_TOKEN_TO_BE_REPLACED 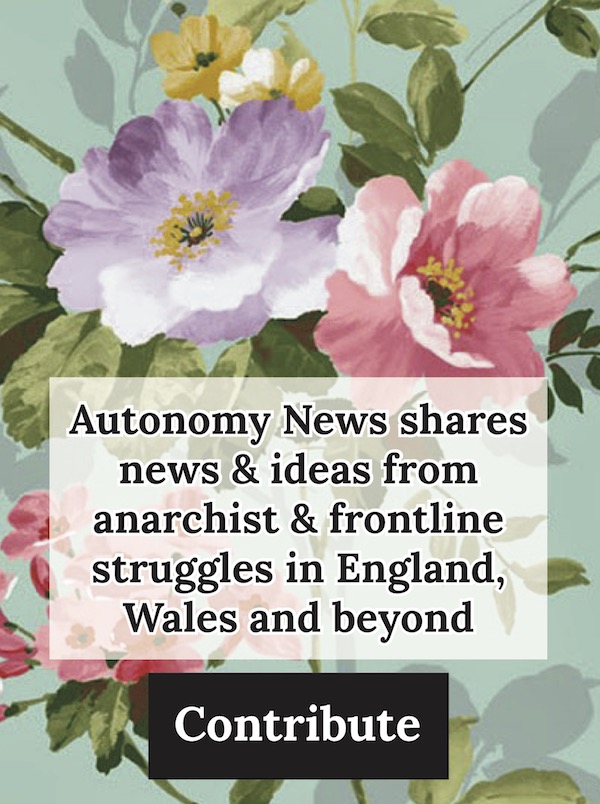 Brighton: ‘People need to be prepared for the worst’ as fake eviction ban weakens renters’ rights

Months of protests in India over new farming laws

The pandemic, pay, and the state of the NHS: A nurse speaks to No Safety No Work

From https://blackrosefed.org Black Autonomy Podcast is a new podcast discussing anarchism and its relevance to the ongoing Black Liberation Movement. Hosts Lorenzo Komboa Ervin and JoNina Abron-Ervin are

One Year Closer to Revolution

Callout to anyone arrested on recent Black Lives Matter demos

Bristol: Solidarity with the Colston 4

The Policing of Black Youth Projects: From Broadwater Farm to the Present

Solidarity fund for persecuted and imprisoned revolutionaries in Greece

Calais: The State expands the C.R.A (Retention Center) of Lesquin for more and more people locked up!

From: https://www.coalaction.org.uk/2020/12/18/dewley-hill-saved-from-opencast/ Today [18/12/20] Newcastle City Council stood with many of it’s residents and unanimously rejected Banks Group’s proposal to extract 800.000 tonnes of thermal coal from Dewley Hill! We’re delighted at this result. At a virtual hearing councillors followed the Planning Officer’s advice and rejected the application due to five contraventions of the Newcastle

Green Anti-Capitalist Front: Interview with Peter Gelderloos on The Dangers of Non-Violence in the Environmental Movement

LaSalle: We Won’t Stop Until You #ShutElbitDown

Agroecology and Organized Anarchism: An Interview With the Anarchist Federation of Rio de Janeiro (FARJ)

Via Enough is Enough Gulîstan, Land of Roses (French title: Gulîstan, terre de roses) is a 2016 feature-length documentary film about women guerillas in a Kurdistan Workers’ Party (PKK) Free Women’s Unit, in combat against the Islamic State of Iraq and the Levant, directed by Kurdish Montreal filmmaker Zaynê Akyol. Shot in Iraqi Kurdistan, the

Long march 2021 – End Isolation, Fascism and Occupation! – The time for freedom has come!