Full-Stop Affinity, a youth liberation anarchist environmentalist affinity group that organises under the Green Anti-capitalist Front and the Youth Liberation Front, are calling for an autonomous day of action against the state on the 6th of March. On their statement they said:

We’re calling for an autonomous day of action. A day of creation and destruction. Get organising. Keep it quiet. Keep it serious. Stay safe comrades

6th March. Get in action. Fuck shit up. Target capitalism. Target the state. Paint your streets. Fight injustice. Squat your local empty. Help the homeless community. Drop some banners. BE GAY DO CRIME!

We want direct action against the system. Anything you can do to attack the state. This March 6th the kids wont be quiet!

WE WILL FUCK SHIT UP!

On their poster they say:

We have been quiet for way too long. We must act now. We don’t want placards and speeches. We want action.

This year on the 6th of March we’re calling for an autonomous day of action. A day spent creating solidarity between our communities and destroying those who oppress us. Target the state.

Keep it quiet. Keep it serious. 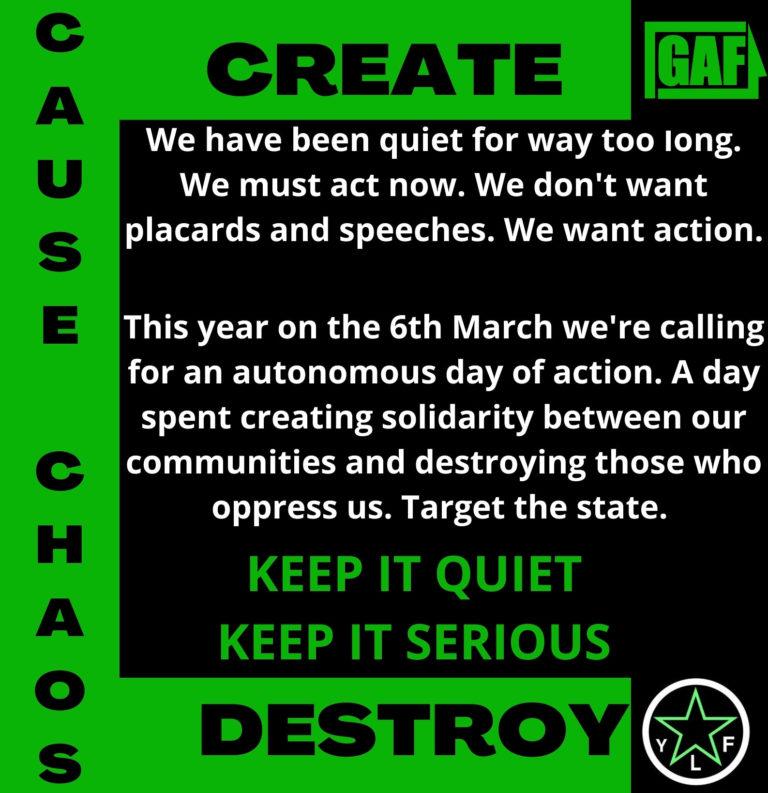